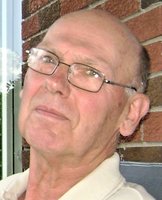 DONALD “JIM” CARSON HANSELMAN It is with heavy hearts that we share the passing of our father, Jim on August 20. He was a dedicated husband of 53 years to Marilyn (nee Grieve predeceased), loving father to Glenn (Marianne) and Darlene and grandfather to Jason and Kayla. Jim was the youngest brother to Gerald (Mary) and Ronnie (predeceased) and brother-in-law to Evelyn (Ron predeceased), Seigrid (Wayne predeceased), Ray (Cathy), Carl (Kim) and Beverly (predeceased). Uncle Jim to nieces and nephews. Jim was born in Brantford on May 16, 1937. He graduated from Brantford Collegiate and worked as a plumber with Jack McIntyre where he crossed paths with the love of his life, Marilyn. He later worked at Dinsmore, Anderson and Marsh and Brantford Mechanical from where he retired in 1999. He was known as a hard and dependable worker. Time spent with his wife, kids and grandkids were some of his precious moments. He would take Jason to the hockey rink and join Kayla at karate and dance events. Summers were spent in the backyard pool with sounds of family fun and weekend camping and fishing with friends in Southampton. Jim enjoyed travel to Calgary, USA, Austria and Mexico. He was a fan of country music and often told his children they would appreciate the music one day. The retirement years for Jim and Marilyn included bike and walking clubs. A small private family burial will be held. Funeral Arrangements are entrusted with Hill & Robinson Funeral Home & Cremation Centre, 30 Nelson St. Brantford, 519-752-2543.